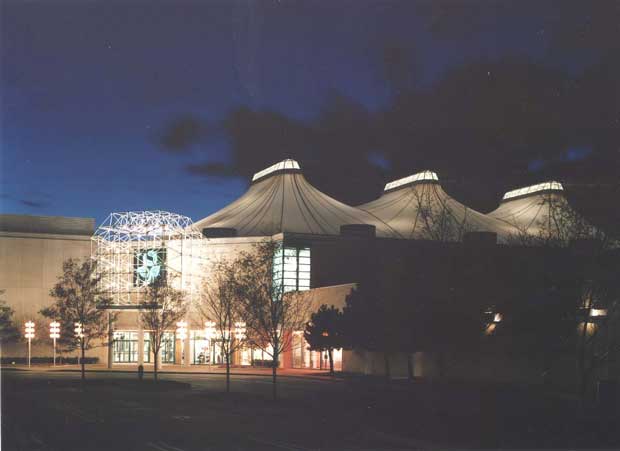 Toronto Police are searching for suspects after an attempted robbery at an Etobicoke sporting goods store early Tuesday morning.

Police said a Ford pick-up truck drove through the doors of the Sporting Life store at Sherway Gardens around 12:50 a.m.. The suspects proceeded to fill the truck with merchandise before the vehicle became disabled due to the extensive damage of the collision, said Toronto Police Services Constable Victor Kwong. The merchandise was left behind as the suspects fled into an accomplice car.

The suspects allegedly stole the truck from somewhere in the York region before they drove into the glass doors of the mall, hitting the escalators.

Const. Kwong told Humber News that although the merchandise was recovered, the damage is extensive. “We are talking about hundreds of thousands of dollars just to the store itself.”

Repairs to be made include the escalator, interior of the mall and the doors.

“Thankfully no one was injured and police arrived on scene shortly after the incident took place,” Andy Traynor, general manager of Sherway Gardens, told Humber News.

Although Traynor said incidents like this are “unfortunate and rare events,” Toronto has seen a number of crimes occur within its local shopping centres in recent years, most notably the gunfire that broke out and killed two men at the Eaton Centre shootings last June.

“Our primary concern is for the safety of our customers, tenants and staff and our management team is supporting the Toronto Police Service investigation into this incident,” said Traynor.

The Toronto Police Services are working with video surveillance that will help identify the suspects.

The Evans avenue entrance remained closed for the morning. The mall is currently open and operating with its normal business hours.