JFL 42 comes to Toronto just for the laughs 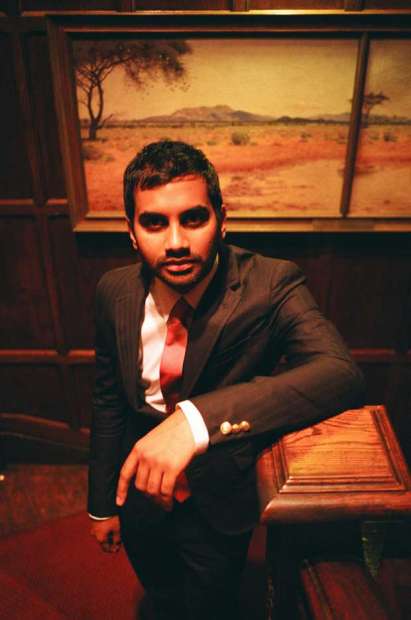 Parks and Recreation star Aziz Ansari is one of the many comedians coming to Toronto. Courtesy of: JFL 42.

While Just for Laughs is synonymous with Montreal, the brand is expanding with the JFL 42 festival kicking off tonight in Toronto.

The 10-day festival brings some of the biggest names in comedy to Toronto, including Sarah Silverman, Aziz Ansari and a live Family Guy script reading with show creator Seth MacFarlane and cast members Alex Borstein, Seth Green and Mila Kunis.

Though this is JFL 42’s second year, Toronto has traditionally been a difficult city to hold festivals in, said Andrew Clark, program coordinator of Humber College’s Comedy Writing and Performing program.

“They had trouble because, with all due respect to Montreal, you are one of many things going on here,” Clark said. “In the summer in Montreal, Just for Laughs was the thing. It was a little more conducive to fostering it and getting it to grow.”

JFL 42 is changing that, and it’s getting help from one funny family.

While Family Guy Live! is not the typical standup comedy Just for Laughs is known for, it’s a big score for the festival.

“Family Guy Live! is a fantastic show to have gotten for the festival because it’s a first time that it’s ever happening in Toronto,” said Vanessa Andres, account manager at Holmes PR and media relations for JFL 42.

“It’s a big win for the festival and for Toronto as a whole.”

Clark said having industry shows like Family Guy take part in the festival speaks to the boom in interest comedy is currently experiencing.

“Right now we are in a period of big growth for comedy in terms of interest. It’s a boom for sure. I think these readings help focus on that.”

Just for Laughs is, “reflecting the interests; I don’t think they are creating it,” Clark said.

The interest generated through festivals like JFL 42 can also be a boost for aspiring comedians.

“A festival like Just for Laughs is like a big burst of creative fuel for a lot of comedians. It does two things: you can look at technique and material and what they are doing up there, and you can also be inspired, be blown away by someone like Sarah Silverman for instance,” Clark said.

While the festival is growing, Clark said if JFL 42 hopes to become an annual fixture in Toronto, it can’t rely on bringing the same comedians each year.

“They are always going to have to bring in new stuff too, and that will be the challenge.”

JFL 42 is delivering 42 acts at venues all over Toronto.