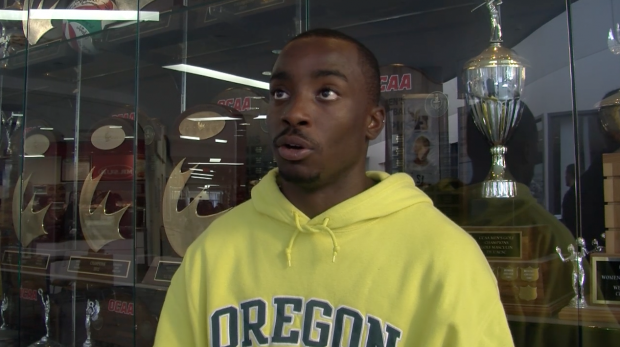 Football is back in full force and the NFL and Ontario University Athletics have grand stands and grid iron rumbling. Unfortunately you won’t find that excitement at Humber. Football was briefly offered by the Ontario Colleges Athletics Association in the 1970’s, but today the popular sport is not offered in the OCAA.

Jim Bialek, OCAA president and manager of Athletics and Sport Information at Humber, said finances are the biggest setback.

“I’m not sure if it was Nipissing [University] or one of the other new universities looked at [starting a football program], the start-up costs were about $6 million and yearly costs were in the neighbourhood of up to $3 million to run a football team” said Bialek.

Aside from costs, Bialek said some smaller scale OCAA schools may have trouble putting together a 60 to 100 player roster.

The closest Humber sport to football is rugby, where both men’s and women’s teams have both dominated the OCAA over the past three years. Humber Athletic Director Ray Chateau said having rugby instead of football provides more gender balance which carries more benefits for Humber’s sport culture.

“There’s gender balance in terms of athletics; the number of teams, the number of athletes,” said Chateau. “We have the best sport culture in the OCAA, we work hard at that. So any team coming in would need to fit into our culture and to add to it would be our expectation.”

Chateau said it would be interesting to see how football would change the OCAA because the sport would start fresh as opposed to OUA football where some team histories date back to almost a century.

Remone Whitley, second-year health and fitness student, played football for the Laurier Golden Hawks and transitioned into a rugby player when he arrived at Humber. Whitley said he believes if football were to become an OCAA sport that it could generate itself and break down the financial and school size barrier.

“Football is a sport that can generate itself, it’s self-sufficient after you get the start-up done…,” said Whitley. “If there was a committee for the OCAA that could sit down, work out the financial schematics of everything like that, get some sort of model that would work to start-up football I believe in the next five to 10 years that football would become a staple in OCAA sports.”