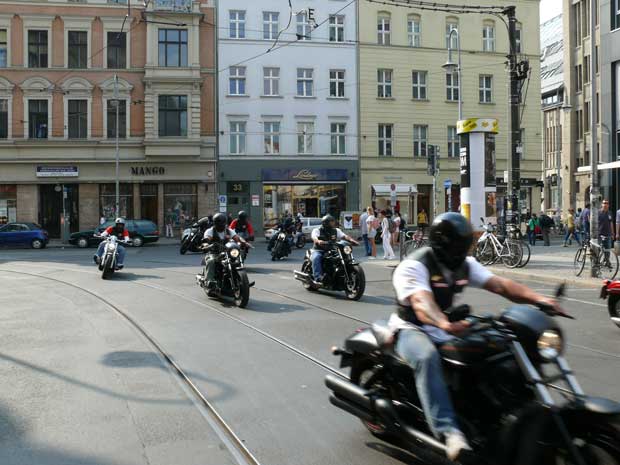 Don’t judge a Hells Angels merchandise shop by its cover.

For two weeks, the Hells Angels have been running a merchandise shop in Toronto’s Leslieville neighbourhood.

The shop has caught the eye of local MPP Paula Fletcher who told CBC News the shop is, to her knowledge, not a clubhouse.  She predicted however that neighbours will be keeping a close eye on what is happening with the business.

Local business owner Dewry McLaughlin is one of those neighbours.  McLaughlin’s Maximum Car Detailing is right behind the new Hells Angels store and he tells Humber News he’s never had a problem.

“They have their motorcycles in the back and don’t cause trouble for anyone around here that I’ve seen,” McLaughlin said.

“I’ve been here for ten years and even worked on some of their bikes, never a problem.”

Kyle Kofsky, a cultural curator whose shop Everyone Is An Artist, was just up the road from the new Hells Angels store, told Humber News the area is safe as long as you don’t go looking for trouble.

The OPP’s Biker Enforcement Unit told CBC News that anyone who chooses to buy from the shop will be supporting the Hells Angels.  The shop sells everything from t-shirts to coffee mugs.

The area near Eastern Ave and Carlaw remains home to several parks, beaches, residents and businesses. For now the store remains open and people can buy merchandise if they want.

For McLaughlin and other people who visit the area, that’s completely up to them.

“I won’t go in their shop, no.  Maybe if I was being inquisitive, but there’s nothing there I want to buy, I’d just be nosy.”