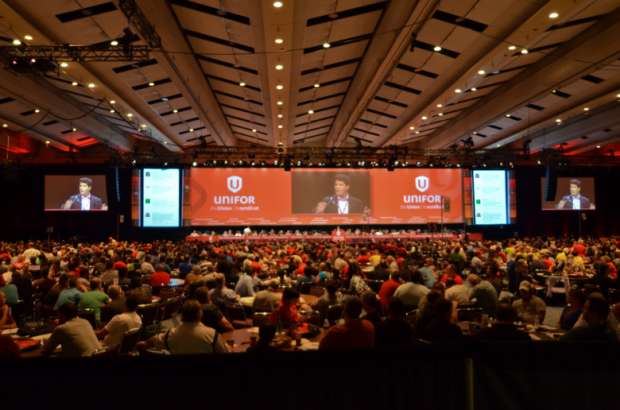 General Motors Canada and the new super union Unifor have come to an agreement on a four-year deal that will create permanent jobs for hundreds of workers at the Ingersoll assembly plant in Ontario.

The biggest victory for the local union members, according to Unifor plant chairperson Mike Van Boekel, is the elimination of temporary workers under the Supplemental Workforce Employment Program.

From now on, new workers at Ingersoll will all be full time workers since the hiring of new contract workers will not be allowed.

Workers can receive maximum wages after for 10 years and wages will increase annually. As for the workers who switched from contract to full time, they too are on the 10 year plan, but will not start with beginner wages.

“It’s as if they’ve been working for five years,” says Van Boekel.

Bargaining between Unifor and GM has been going on since March without success until now.

The manufacturing sector — with so many jobs that were unionized with good benefits — was hit the hardest by the 2008 recession, said Dan Borthwick, a local union president for Unifor in Ingersoll.

With this deal, there are hopes other businesses will follow suit to provide a better workplace and more job security for workers.

“Because of their strength in numbers, unions can come together, we can represent workers and bring successful resolutions to the precarious part time work that employers seem to be heading towards,” said Borthwick.

“I hope other businesses look at this and stop contract work,” said Van Boekel. The goal he said is to give workers respect.

Unifor was founded this past summer by combining the Canadian Auto Workers Union and the Communications, Energy and Paperwork Union. It currently represents over 300,000 Canadian workers.