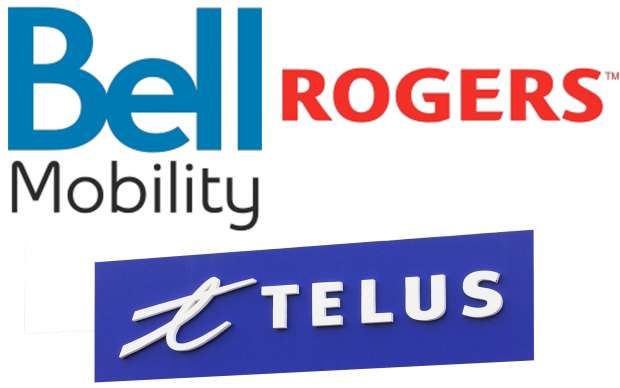 The more things change, the more they stay the same.

The big 3 still have Canada’s wireless industry in a stranglehold.

The Canadian Radio-television and Telecommunications Commission has released its annual State of Canadian Communications Systems report, and five years after opening up Canadian wireless networks to foreign competitors, not much has changed.

The report found that Canada’s three biggest wireless carriers, Bell, Rogers and Telus, were accountable for 92% of the wireless revenue in Canada in 2012.

At the other end of the spectrum, smaller wireless carriers, such as WIND Mobile and Public Mobile, only saw a 1% increase in market share from 2011 to 2012.

David Christopher, the communications coordinator for OpenMedia.ca, a civic engagement organization focusing on fairness between telecommunication companies and its consumers, said new entrants into the wireless market are still at a disadvantage due to the larger carriers’ clout.

“If I was one of the smaller players in the market, like WIND, I’d certainly believe Canadians deserve to see the government take action to enable the independent providers to reach Canadians on a level playing field,” said Christopher.

The report found that nearly half of all Canadians in 2012 owned a smart phone, an impressive increase from the 38% of Canadians that owned a smartphone in 2011.

With so many smartphone users, and it’s only going to grow, Christopher said it’s becoming more important for consumers to have affordable options.

“We all know Canadians pay some of the highest prices in the industrialized world for their cell phone services,” said Christopher.

“The reason for that is because the three largest companies control 92% of the wireless revenue in Canada and 85% of the wireless spectrum as well.  So the way the system is set up here in Canada means it’s impossible for the smaller players to operate on a level playing field.”

In order for Canadians to start getting more affordable wireless plans, more companies will need to enter the Canadian market, Christopher said.

“We need to see action from the government,” said Christopher.  “Industry Minister James Moore, he’s talking the talk on wireless choice; he says he wants to see more choice and lower prices but Canadians really want to see him take action. “

Former Industry Minister Christian Paradis had blocked an attempted takeover of upstart wireless carrier Mobilicity by Telus Mobility this past summer, holding true to the government’s assurance that he wanted at least four wireless carriers in every region of Canada.

More changes may be on the horizon for Canada’s wireless industry.

This January, a new wireless spectrum will be up for auction and there has already been bids from 15 Canadian wireless providers for the new frequency.

“We won’t know until January itself to see how that actually plays out,” said Christopher.  “But right now it really looks like the Big 3 are poised to the get the lion’s share of the spectrum on the auction table.”

“If this were a hockey game, they’d be up 4 goals to nothing going into the third period.  We need the Industry Minister to step in.”