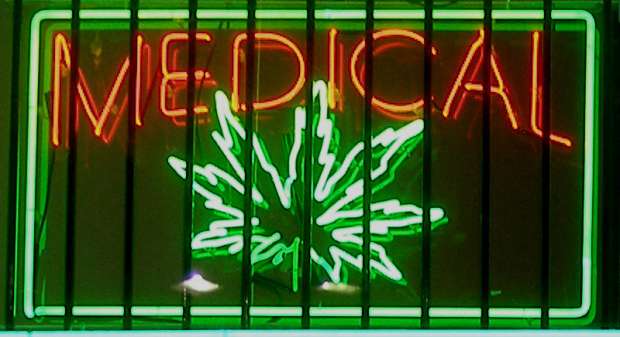 A Toronto marijuana activist is hoping his New Age Medical Clinic, which had its grand opening on the Danforth this week, will get be regulated to dispense medical marijuana.

Sam Mellace opened his addiction treatment clinic at 680 Danforth Ave. on Wednesday, March 13 , in memory of late federal NDP leader Jack Layton. Mellace said that the clinic is currently setting up appointments for potential patients and plans to have the clinic officially opened by the end of the month.

For Mellace, this has been a 14-year-long struggle with the federal government’s medical marijuana distribution system, which is currently overseen by Health Canada, a role Health Canada is considering dropping with its new regulations and rules, which are expected to be released near the end of the month.

“Whether or not the government says you can dispense. Fine, but we can still provide doctors,” Mellace said, adding the doctors he has signed on are all on board with his initiative to provide medical marijuana to those who need it.
In December, Health Canada put forward its plans to remove itself from the distribution of marijuana to patients who are exempt from marijuana laws, leaving the roll of prescribing marijuana all on the shoulders of physicians.

Nnamdi Wajey, a first-year electrical engineering student, said he would like to see a dispensary there for those who need it.

“If they need it, they should have a place to go,” he said. “They shouldn’t have to go and get it illegally.”

“Marijuana is not dangerous,” he said, adding people will get the drug regardless if it is legal or not.

Mellace said that the clinic is devoted to treating individuals with addiction. The clinic offers a variety of services, which according to Mellace, would save their patients lots of time as the clinic would be a “one-stop-shop.”

While medical marijuana isn’t a product that the clinic is offering now, Mellace said that the new rules and regulations from Health Canada will be the real deciding factor on whether they will offer medical marijuana.

But marijuana advocacy isn’t the only concern for Mellace. Dealing with addicts is the main focus behind the clinic.

“Basically what the clinic represents… is it helps with addiction,” Mellace said.

Mellace argued that marijuana could be used as a form of withdrawal symptom relief for those suffering from severe addictions to opiates like heroin and oxycodone.

For Mellace, this issue hits close to home, after surviving a car crash and dealing with the addictive medication he was prescribed to take care of his pain and treatment.

The marijuana advocate said  he believes  if he hadn’t quit taking his Oxycodone and used  marijuana for his pain treatment, he’d be dead by now.

“There (are) people that have been addicted to methadone for fifteen years, most of it is subsidized by the government,” he said, arguing that traditional methods of attacking addiction don’t solve problems, just substitute the addiction with a new one.