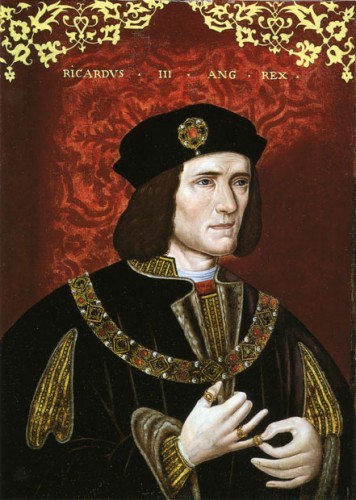 With files from Claire McCormack

“A horse, a horse! My kingdom for a horse!” These were the last words uttered by King Richard III in Shakespeare’s famous adaption of the 15th-century English ruler. Now, historians may get the last word about one of history’s most infamous monarchs.

Researchers at the University of Leicester confirmed on Monday that the human bones discovered during an excavation of a central England parking lot are, in fact, the remains of Richard III.

“Beyond reasonable doubt,” lead archeologist of the University of Leicester Richard Buckley told @humbernews reporter Claire McCormack when asked if the bones found were that of Richard’s,

The confirmation of the identity of the skeletal remains came to fruition through the DNA comparison with London, Ont., resident Michael Ibsen, a distant Canadian relative of Richard’s sister Anne of York. Both Ibsen and Richard III share a rare DNA strain.

Through forensics tests and DNA analysis, Buckley said the bones told a tale of battle and unceremonious burial. The skull shows several signs of blunt force, which suggest fatal blows possibly dealt by weapons such as an axe and dagger.

“There were other wounds inflicted upon this individual after he’d died. Wounds that are perhaps insult injuries,” Buckley said.

These additional wounds include a mark found on the ribs that suggests Richard III was stabbed in the back. Another cut on the pelvic area suggests the king had been slashed in the buttock after he had been stripped of armour and then thrown over a horse.

History tells of the grisly Battle of Bosworth between Richard and rival Henry Tudor – later known as Henry VII. On August 22, 1485, the two men and their armies met in a fierce battle. While Richard III’s army was larger, the English king became surrounded at the last second by Welsh soldiers when his horse became stuck in a marsh. He was overpowered, killed, and his kingdom overthrown.

As time passed on and Henry VII came to rule, many stories of Richard III were told in a way to make the former ruler a sinister figure of English history – an account further established in Shakespeare’s theatrical adaption of Richard’s tenure.

In regards to this new historical discovery, Buckley said “It’s reopening all of the arguments about Richard III and his role in history.”

Ann Swerdfager, publicity director for the Stratford Festival in Stratford, Ont., told Humber News that she had been excited about the discovery of Richard III’s remains since the announcement in September.

The Festival performed an adaption of Shakespeare’s play in 2011. Swerdfager said the role of Richard was played by a female performer, which coincides with new reports that the king had a slight, almost feminine, frame.

Swerdfager went on to say that the news of the historical discovery likely won’t boost tourist interest in Stratford unlike in Leicester.

Still, Swerdfager said she hopes there will be more interest in the tale of Richard III.