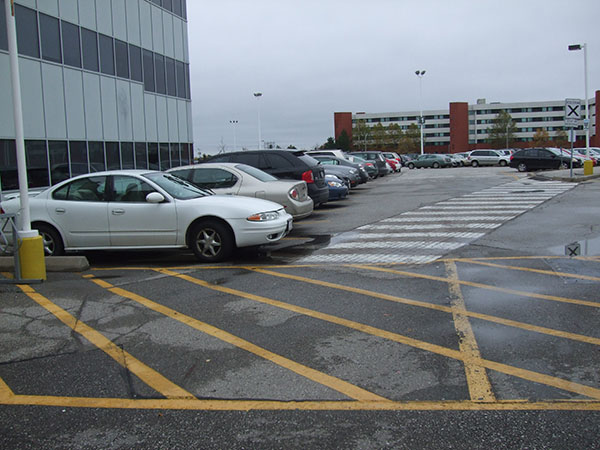 By Mamta Lulla and Meagan Malloch

Payment for parking at Humber went through another revision Monday, when a pay on exit method was put into place. PHOTO BY MAMTA LULLA

The pay on exit method of parking is the latest revision taking place this semester around parking at Humber’s North campus.

The changes in the parking services are taking place due to gridlock and congestion in the lots, particularly in the morning when large numbers of people enter the campus at once, according to the college’s new public safety director, Pervez Ditta.

Ditta told Humber News the demand for parking spaces has grown with an increase in student population.

The number of students requesting to park is about 4400, with only 3300 parking spaces available.

Five stations have been installed around campus for students to pay when they are finished classes and are leaving Humber property.

Two stations are located near Tim Hortons in the E building; one is located in Guelph-Humber and two others are located outside at the parking kiosk.

This is another step as part of Humber’s parking expansion that concludes in 2015.

But some students are still getting used to changes that were previously put into effect over the summer.

Alyssa Kulibanoa who frequently parks at Humber said, “It’s my first time trying (the new station) but I think they should give better directions at the entrance. They told me I could pay here but I can’t.”

Yvonne Torres, another Humber student said, “I believe it’s stupid because now students can’t go out for break without having to pay for parking again because apparently you can only use the ticket once to enter. You can’t enter again.”

Ditta said security is trying to motivate students to use public transit to come to Humber. Already 80 to 85 per cent of students are using public transit and security wants to get this number up to 90 per cent in the next five years.